What do you know today that you wish you had known five years ago?  That’s the question I posed recently to four of the most innovative publishers and editors of community newspapers in the country.   The four, profiled in Saving Community Journalism: The Path to Profitability, traveled to the University of North Carolina to participate in a panel discussion on future of local newspapers.

Each considered the question from his or her own unique vantage point.  Five years ago, all four leaders recognized the imperative to change their newspaper’s business model, as the Internet made inroads into even the most remote communities.  But on reflection, all four concede that they did not realize how dramatic the change must be.

In 2009, the leaders of the two daily papers – Bruce Kyse at the Santa Rosa Press Democrat (circulation 56,000) in California and Catherine Nelson at the Rutland Herald (circulation 12,000) in Vermont – felt the greatest sense of urgency to change the way they did business.  The Press Democrat had lost 90 percent of its high-margin classified advertising in the preceding three years, while the Herald was posting year-over-year declines of more than $1 million in total revenue. Both laid out aggressive, disruptive strategies, shedding legacy costs associated with the print edition so they could invest in using new digital tools to build readership across multiple products and better serve their advertisers. 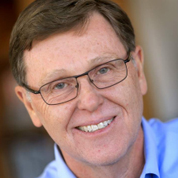 “In 2009, I thought the answer lay in a series of steps – a hike, if you will – and that we could do some things incrementally that would move us from print to digital,” says Kyse.  “What I didn’t realize is that it isn’t a series of incremental steps.  At some point there is a leap across the chasm.  You’ve got to jump.  That jump comes in the form of investment in digital and a change in people.  It’s about getting the right people on board and in place – and then, very quickly, completely disrupting your legacy business plan.” 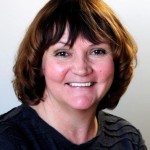 Nelson says, “You can’t shed legacy costs fast enough, but at the same time, you’ve got to preserve the legacy of the paper – the legacy of trust built up over decades of serving the community and the employees. You shouldn’t think that right away your staff will understand what you need to do because very often they don’t.  Sometimes they can’t see the cathedral you’re building because they are only seeing the dismantling of what they knew.  You have to gain their trust, work side by side with them and convince them that you are there to serve the paper and that there is a sustainable business model for the paper, if we can just get this stuff behind us.  You try not to get caught up in old conversations of what was, but focus the conversation on the cathedral we’re building.”

Today, both papers have made impressive progress.  In 2013, for example, almost a third of the advertising revenue at the Press Democrat came from digital initiatives, and the Herald has totally revamped its production and distribution processes, shedding almost $6 million in costs. 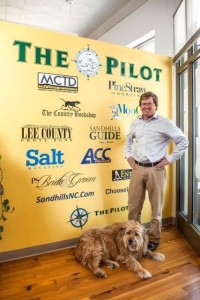 Change has also been dramatic at the two small twice-weekly papers represented on the panel, the Southern Pines Pilot (circulation 13,000) and the Whiteville News Reporter (circulation 10,000), both located in eastern North Carolina.  Shortly after purchasing the Pilot in 1996, publisher David Woronoff decided he wanted to be the prime “information provider” for the affluent retirement and resort community, known for its golf.  So over the last several years, he has started a number of publishing enterprises (including three glossy magazines in three different communities and phone directories in two counties).  He also purchased the local independent book store.

Today, almost half of the income from the Pilot comes from “non-newspaper sources – magazines, phone directories, the book store and digital.”  Still, as he reflects on the past five years, Woronoff wishes he had been “less tentative about branching out.  If a hammer is the only tool you have, you think everything is a nail.  If you only have a newspaper, the solution to every information need that your community has is ‘more newspaper.’ Newspapers need to be more than just a newspaper, if they are going to serve the community.” 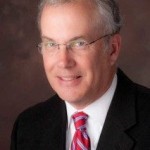 Les High, editor of the News Reporter, which serves residents of the less affluent Columbus County, which is still rural, has taken a slightly different tack.  He’s moved to incorporate digital into the soul of the newspaper, creating digital special-interest communities for sports fans and parents and is considering starting a digital ad agency to serve local businesses.  Until recently, he says, “running a newspaper wasn’t too hard in counties such as ours.  People still relied on the print paper.  But over the last five years I’ve realized that when our print readers die, they’re not being replaced by people in their twenties and thirties, who are getting their news online – even in Columbus County. That is what every newspaper in every community is facing.  That train is coming down the track and you better be ready.”

Looking back, he says, “I wish I’d known then the true meaning of transformational change.“  That is the main message from all four leaders.  Once you acknowledge the imperative to change, you “cannot shed legacy costs fast enough.”   You cannot be “tentative.”  And, you have to realize you cannot get there through “a series of incremental steps.”  You have to “leap across the chasm.”

To learn more about the transformational change these four newspapers are pursuing, check out the Dig Deeper section of savingcommunityjournalism.com.   The May 8 panel discussion at UNC can be viewed by clicking here.  Follow us on Twitter @businessofnews and join our Saving Community Journalism LinkedIn Group.

View all posts by: angela.kreye

What do you think about Saving Community Journalism?

Do you Have a question or suggestion for us? Tell us what you're thinking in the comments field below.